"You must write it in first person … your experience …"

Why I Had to Write This Book

After Thanksgiving 2003, I sit at the coffee shop with my friend. While she sips a flavored brew, I nurse icy lemonade and stare at the piles of paper I had brought to share with her.

I called her because I’m frustrated, confused and tired. I can’t make sense out of hundreds of my handwritten and typed pages, and my mind swirls with enough words for a thousand sheets more.

However, more important, I can’t find my focus, voice, purpose in organizing and writing a book about the Holocaust and War Victims Tracing Center of the American Red Cross. It’s too emotional, I explain. I cannot write objectively about the Holocaust and its shocking history, the Red Cross program and all the individuals I have encountered. I confess that I have been changed by this process, and I continue to evolve. I believe that I am a better person because of this, and that’s why I’m writing this book.

After she challenges me to look deeper within myself for the answers, I cannot fend off the tears, which had been building within me for months as I have agonized over this project.

She pats my hand.

“I can go out and buy any book I want or need about the Holocaust. There’s a ton of them out there. How is your book different?”

No one had asked me that. Even I had not stopped long enough to pose that question. Before I can scribble or type one more word, I have to know and be confident of the answer or give it all up now.

I explain that it’s more than the Tracing Center or the Holocaust. It’s about the journey of so many lives, including my own, and the wobbly fence between humanity and inhumanity in this world.

“Then you must write it in first person … your experience …”

But I had to, and, more important, I wanted to.
Posted by Monica Vest Wheeler at 1:04 AM No comments:

The parade of holiday memories

He had no idea a holiday was on its way. Alzheimer's does that to a person, robs them of the history of holidays they had always enjoyed and celebrated.

A couple of months ago, I stopped by to visit a friend with Alzheimer's at the care facility where he now resides. He doesn't know me, but it doesn't matter. He didn't know me before he was diagnosed with Alzheimer's, so I certainly didn't expect him to remember me now. I was searching for a new way to engage him in conversation, something that would connect him with the world that still revolves around him.

"St. Valentine's Day is coming up," I said. His eyebrows arched as I continued. "Yes, all the hearts, bright red hearts, candy and flowers. I bet you used to buy your wife flowers for Valentine's Day because you loved her so much."

Hmm, I thought, why not march him through a parade of holidays and seasons.

"Then it will be spring. All the beautiful flowers will start to bloom. And then it will be Easter. Kids love to hunt for Easter eggs. And there was a song called 'Easter Parade.' " Well, he didn't break into song, but he was still maintaining eye contact.

"And then Memorial Day to remember the loved ones and the soldiers who have passed away. You were a sailor in World War II, weren't you?"

"Yes, I was." He sat a little straighter, and his grin widened.

"Yes, you were. And then it gets hot and it's summer. Whew! That old sun will be coming down. And then you know what's next?"

"The 4th of July! A great time to sing patriotic songs." I can't sing, but that didn't keep me from starting a chorus of "I'm a yankee doodle dandy" to see what would happen.

We both smiled as he sang a couple of lines. Yep, those songs can remain deep within us even in the depths of Alzheimer's.

I continued the journey through the calendar … past Labor Day, fall, Thanksgiving and Christmas. I wish now that I had initiated another song for that day but knew his attention span might be coming to an end.

"Then it's Happy New Year! And last week, you know what happened?"

"That ground hog saw his shadow, and we've got six more weeks of winter."

He smiled and then looked at his surroundings again, the activity room where others sat, paced, talked or slept … each in their own world controlled by Alzheimer's.

Standing, I smiled and thanked him for allowing me to visit. He repeated "bye" when I said it. He remained in his seat as I walked down the hall.

We had taken a journey that required no transportation or luggage or tickets. In a few minutes, we had walked through a calendar year, a stroll that made him smile and sing a patriotic tune.

Yes, it was a very good year.
Posted by Monica Vest Wheeler at 1:00 AM No comments:

As you get older and your circle of friends grows, you inevitably get more invitations … to visitations. That door opens wider and more frequently when you embrace a group of people with a fatal disease like Alzheimer's.

I attended the visitation yesterday for a sweet gentleman who passed away this week. I remember his smile at the support group meetings when he and his wife, his adoring and devoted caregiver, attended. When the caregivers got together separately, she'd describe the growing challenges, though never complained. Earlier in March, she grabbed our hearts as she wept and described how she had to place him in a care facility because she couldn't give him all the care he required as his disease progressed. Her children saw the toll it was taking on her and reassured her to not feel guilty.

"It was the hardest thing I've ever done," she confessed amid the tears. We listened and hugged her in hopes of giving her the strength to face the greatest challenge of not having him at home with her everyday, the man she had pledged to love, honor and cherish five decades ago.

She had not stepped away from nor forgotten that vow. She had embraced it with greater love and commitment to cherish both of their lives, to give him the 24-7 care he now needed against that relentless, brutal disease, and maintain her own health in the process. And there's not a selfish thing about that when it comes to Alzheimer's. I've watched first-hand it claim the life of one caregiver, and I never want to see that again. No family should have to experience that.

At the visitation, I arrived early and walked into the spacious sanctuary where the family organized itself into an official line, three generations alongside the open casket. When the wife saw me, she smiled and opened her arms to hug me so tight as I expressed my sympathy.

The three words she said with great love and conviction said it all:

Her children echoed that sentiment, that he didn't have to suffer anymore, that they didn't have to watch him deteriorate further, that the faith he had instilled in them was helping carry them through this loss.

Is it inappropriate to say "It's a blessing" when someone passes away after a long illness or a sudden devastating accident? You never know just how fragile the family's emotions are, and you certainly don't want to cause them more grief when your heart has been breaking for them. As an outsider, it's easy to say, "It's a blessing." It's not your spouse, dad or grandpa. Life's experiences have taught me that you probably should keep that thought to yourself. It's best for the family to say that aloud for themselves on their own terms.

I made no apologies as I nodded when she said, "It's a blessing." They were all at peace, and I believe that makes the grief a little more tolerable, though never easy.

Alzheimer's had ravaged this gentle husband, father, grandfather and friend, and was moving on to another family ...

And tomorrow I have another visitation …
Posted by Monica Vest Wheeler at 5:11 AM No comments: 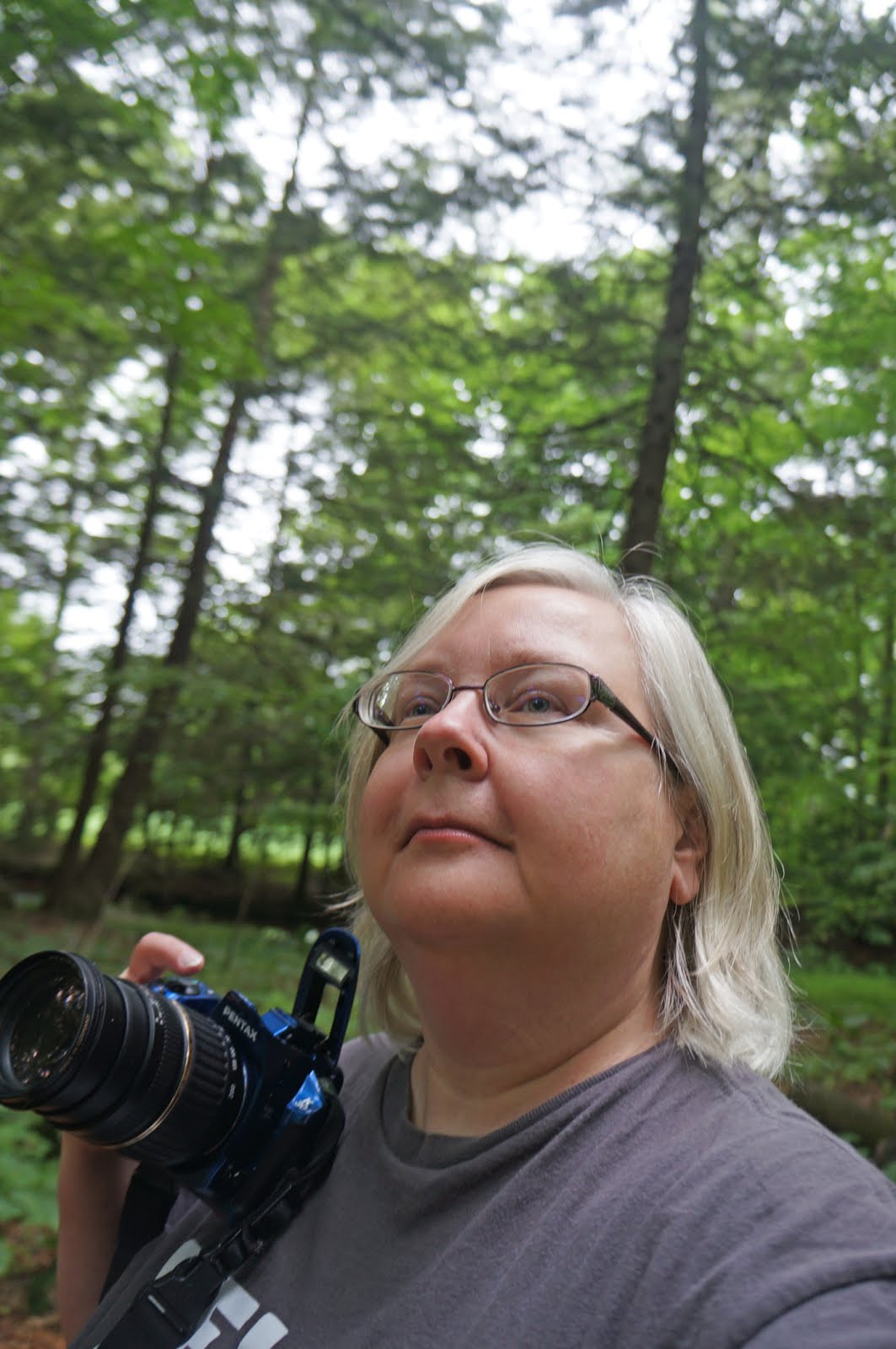